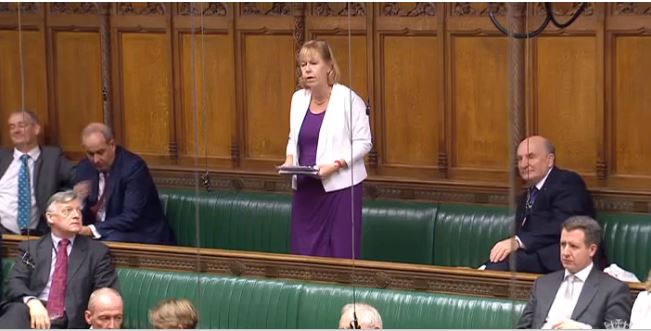 Ruth Cadbury MP has vowed to 'keep working for all my constituents' over the next month and promised not to let Boris Johnson off the hook after the Court of Session in Scotland ruled that the Government acted unlawfully in proroguing Parliament.

The prorogation of Parliament for a month means that MPs are unable to ask questions to Government Ministers, speak in debates in the House of Commons or press the Government over important, and upcoming issues.

Speaking after this Ruth said,

''Boris Johnson has shut down but I can promise that I won't let him off the hook. It is unheard of for a Prime Minister to shut down Parliament during a time of national crisis, and Boris Johnson is doing it because he wants to avoid any challenge or scrutiny about the disastrous impact that his no deal Brexit would have on families across West London, and the whole of the UK.

Today the court in Scotland even ruled that the shutting down of Parliament was unlawful, and was done to deliberately stop efforts to hold him, and his government to account.

Every day I see the impact that his chaotic government is having on people; the cuts and rationing of NHS services, the failures to address the housing crisis and the continued cuts to our schools and frontline police. However by shutting down Parliament he is stopping MPs like me from raising these key issues.

However I can promise that, even if we aren't in Parliament for five more weeks, I will continue to get things done for all my constituents, as I was re-elected to do in 2017.''