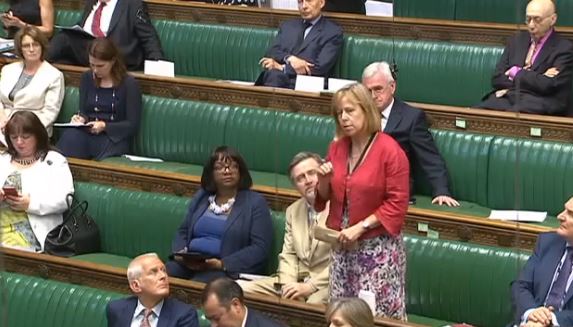 The Government’s flagship housing policy is bad for renters, for first time buyers, for councils, and will only make the housing crisis worse, says Brentford and Isleworth MP Ruth Cadbury. The Government wants to extend the ‘Right to buy’ policy to Housing Association properties, and make several changes to planning requirements. The Government claim this will make it easier for those that want to own their own home to get on the property ladder. However the proposals have attracted criticism, including form housing charities. Ms Cadbury said ‘The facts show that when council or housing authority homes are sold off, they are not replaced. We have a massive shortage of affordable homes in London, and forcing the sale of council and housing authority stock will only make the problem worse. The proposal to allow developers to build without having to meet a quota for affordable properties, as is currently the case, shows this Government doesn’t have a clue, and doesn’t care, about providing affordable homes for people.’ The Government’s defined figure of £450,000 for its new affordable ‘starter homes’ programme will be, according to Housing charity Shelter, out of reach for the vast majority of Londoners. In her speech in the debate on the Bill in the House of Commons on Monday, Ms Cadbury also talked about another consequence of the Government’s proposed reforms. She said that she had been contacted by local business groups about the change of use of business premises and office space converted to new homes. This has caused a shortage of office space in the area.