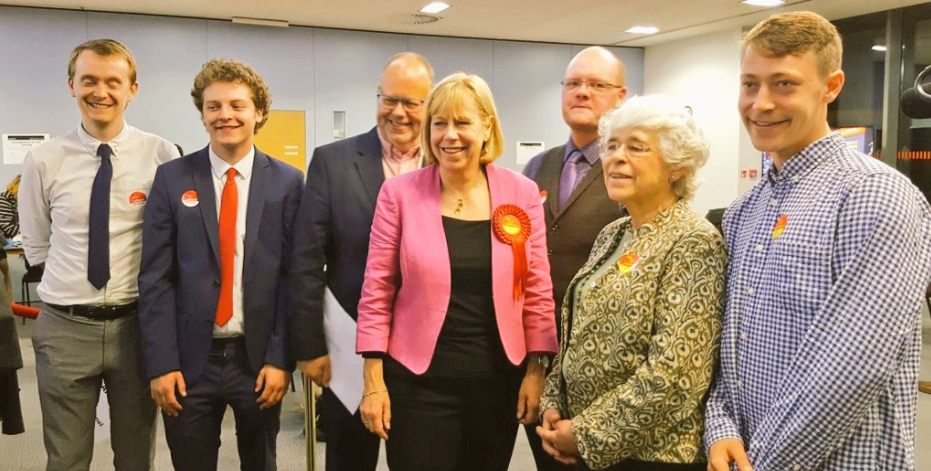 Ruth Cadbury, the Labour Party parliamentary candidate for Brentford and Isleworth, has been re-elected to the seat in the General Election . She received 35,364 votes, 57 per cent share of the vote, and beat the Conservative Candidate Mary Macleod by more than 12,000 - increasing Labour's majority in this seat from 465.

The turnout in Brentford and Isleworth was 72.4 per cent.  The Labour party's result in B&I mirrored Labour's electoral success across London, where the party won back marginal seats including Battersea and Croydon Central and, after a third recount, was declared in the winner in the previously Tory stronghold of Kensington and Chelsea.

"For my vote to increase by 10,000 to over 35,000 means that many local people voted Labour for the first time – I met hundreds of people during the campaign who told me their concerns about austerity and Brexit, and welcomed Labour's message of hope, offering clear costed commitments to policies that the country needs.

"Theresa May’s snap election was wholly unnecessary and was called at a time when the country required stability and unity after the results of the EU Referendum, yet in what she set up as a referendum on her leadership, the country called her bluff.

"On the EU, I can assure you that I will fight for the UK to remain in the single market, for the rights enshrined in the European Convention on Human Rights, workers ' rights, EU regulations on air quality; opposing a hard Brexit every step of the way.

"Like many , I am very concerned about the implications of the. Tories doing a deal with the DUP; a party opposed to LGBT rights and to a Woman's right to choose, who have been embroiled in the bio-fuels scandal yet are climate-change deniers, and who support a hard Brexit.

"During the past two years I have witnessed the devastating effects of the Conservative Government's cuts on public services and the impact that this has had on so many constituents. A pursuit of austerity which has had a disastrous effect both locally and nationally: the implementation of Universal Credit, the cuts in funding for the NHS and schools, and the housing crisis.  I will continue to stand up for our local NHS services, to oppose swingeing cuts to our schools' budgets and for truly affordable, decent quality housing. I will continue to prioritise environmental issues and my support for a better NOT bigger Heathrow.

"Following the turbulent and tragic national events that have taken place in Manchester and London in recent weeks, I believe that it is more important than ever to promote values of tolerance, understanding and social justice. I am proud to be part of, and to represent, a community as diverse as we have here in Hounslow and am committed to standing up for every member of my constituency.

"I would like to thank everyone for the overwhelming support shown me over the past two years and for the support during the election campaign. I feel honoured to be re-elected as your MP for the Brentford and Isleworth Constituency and am delighted to have the opportunity to continue the work that I started in 2015 and pledge to repay the trust you have placed in me.

"I look forward to meeting with constituents to discuss the issues that matter most to you and I hope to see you out and about in Chiswick, Brentford, Isleworth, Osterley and Hounslow in the near future."