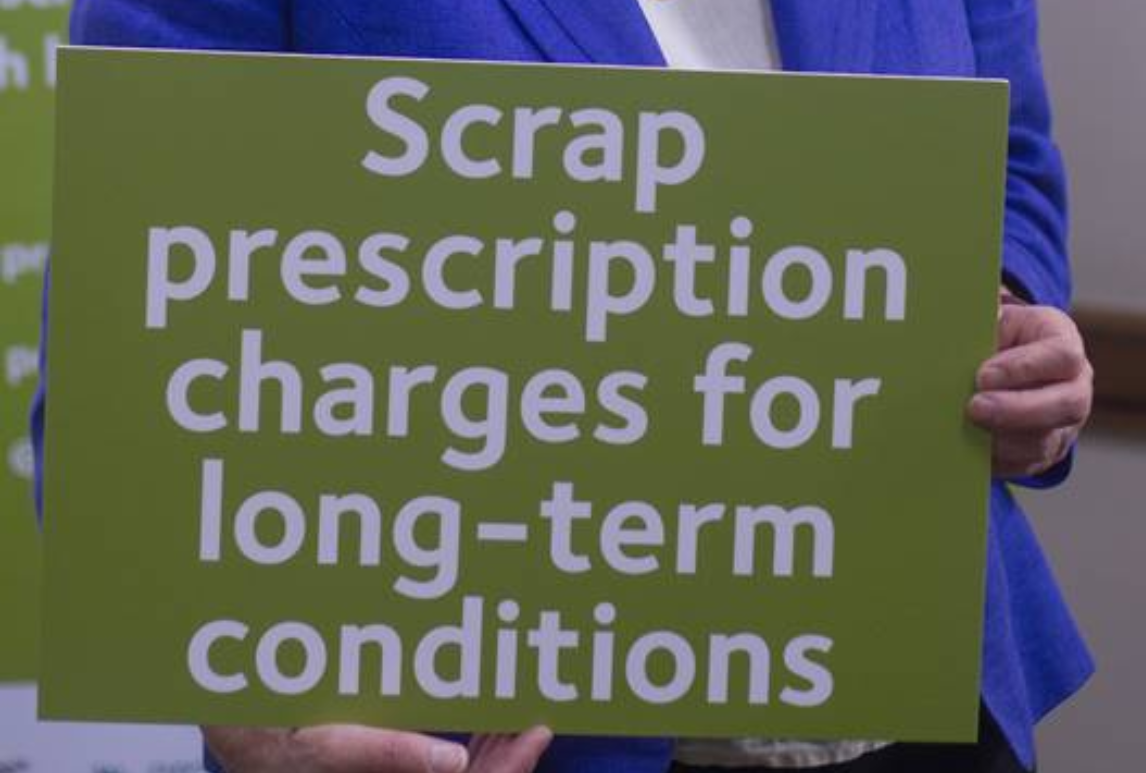 Ruth Cadbury MP has pledged to help scrap prescription charges for everyone in England with a long-term condition, such as Parkinson's and Crohn's, as new economic analysis reveals that such a move would save the NHS millions and improve health outcomes.

Ruth attended the launch of the independent research by the York Health Economics Consortium, commissioned by Parkinson's UK and Crohn's and Colitis UK, which showed savings of more than £20 million per year if the NHS scrapped prescriptions for people with Parkinson's and Inflammatory Bowel Disease alone.

Savings would be made from a reduction in health complications due to people not taking their medication as prescribed: previous research has shown around a third of people with long term conditions who pay for prescriptions do not pick up or take their medication properly due to the cost.

Ruth Cadbury said: "This is an extremely important report, highlighting a significant injustice to so many people with long-term conditions in England.

"The NHS has a list of conditions that exempt people from paying prescriptions, but this hasn't been updated since its creation in 1968.

"Over the past five decades, medical progress has been astounding, but this list is stuck in the past, omitting so many conditions that were undiscovered or had very short life expectancy at the time. I am committed to ensuring people in our area with long-term conditions are treated fairly."

The report shows that extending prescription charge exemptions to people with long-term conditions would save the NHS:

· £93 per person with Parkinson's per year

· £180 per person with Inflammatory Bowel Disease per year

And would result in:

Matina Loizou, Senior Policy Adviser at Parkinson's UK and Co-Chair of the Prescription Charges Coalition, said: "No diagnosis should come with a bill - not from our NHS - and it is appalling that so many people have to pay for the privilege of having a long-term condition they certainly didn't ask for."

Jackie Glatter, Health Service Development Manager at Crohn's and Colitis UK and Co-Chair of the Prescription Charges Coalition said: "The Government has freely admitted that the current prescription exemption criteria are outdated and arbitrary and this analysis clearly shows they are also a false economy.

"This broken system needs urgent reform to ensure people with long-term conditions get the vital medicines they need and to deliver value for money for the tax payer."

The report can be accessed via the Prescription Charges Coalition website at http://www.prescriptionchargescoalition.org.uk/economic-evaluation.html