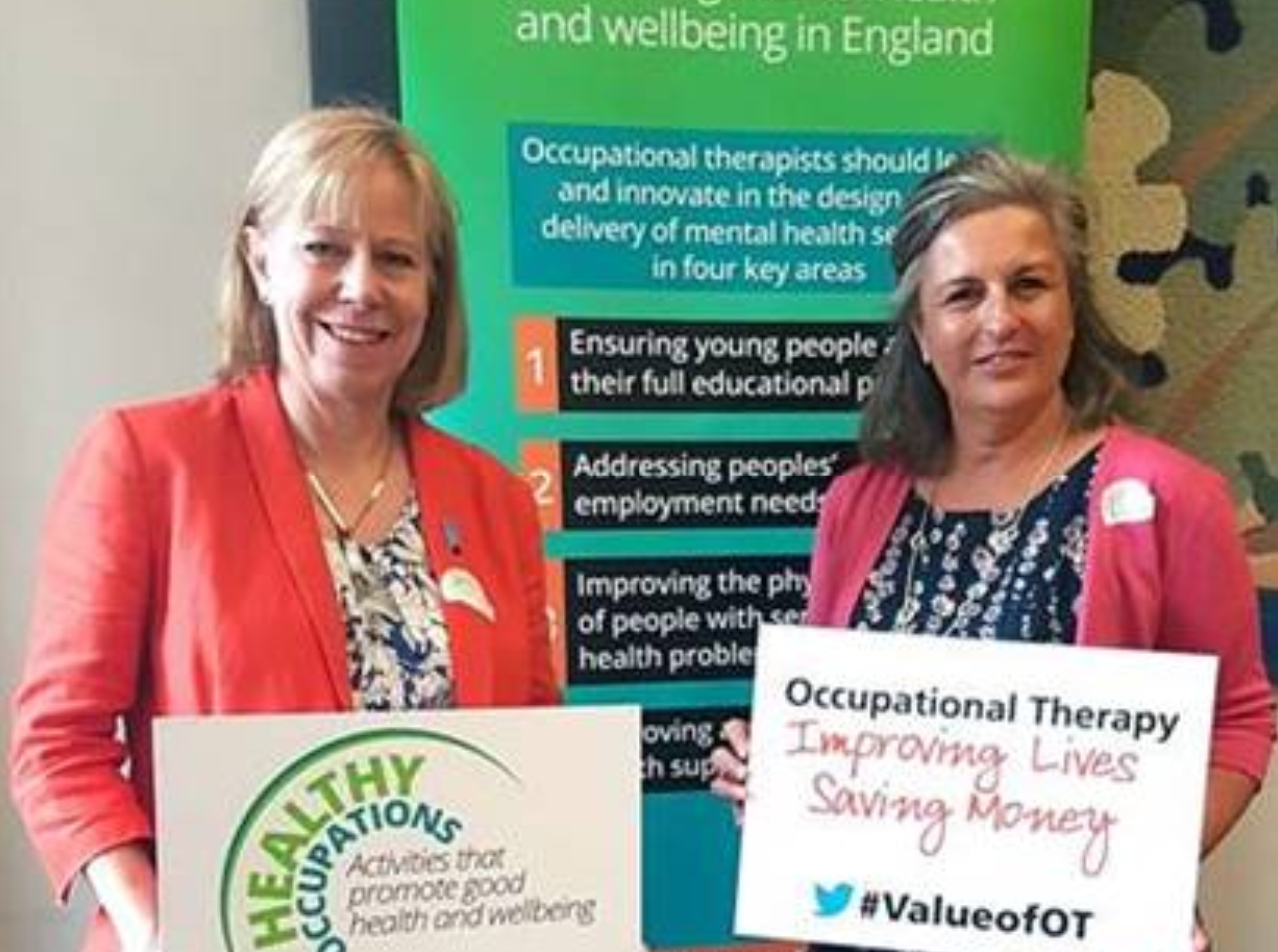 Ruth also visited the Human Library run by Hounslow Wellbeing Network Team to celebrate Mental Health Awareness Week. Instead of borrowing a book, people came to borrow a 'human book', giving the unique chance to talk face-to-face with someone who will share their experience around wellbeing.

Ruth Cadbury said: "We need your help to change the way people think and act about mental health problems. This Mental Health Awareness Week was a great opportunity to meet various mental health organisations and initiatives. The stigma around mental health must be thrown out and replaced with a parity of esteem between mental and physical health"

The Wellbeing network is a social network that connects people, organisations and services to improve the wellbeing of local residents and to strengthen our community.

The Royal College of Occupational Therapists asked MPs, Peers and Parliamentary staff to 'vote' in an anonymous ballot to highlight the issue of mental health in Parliament. The results of the ballot reveal that:

* Over 8 in 10 said they or members of their family have been affected by mental ill health.

"MPs have a vital role to play in reducing stigma and highlighting the valuable role that professions such as occupational therapists can play in better, more appropriate care for people.

"Early intervention and prevention must be the ambition, especially when we have the skills and expertise within the system to deliver this; it is wrong that a majority of those receiving treatments for mental ill health do so when their illness has reached a crisis point."