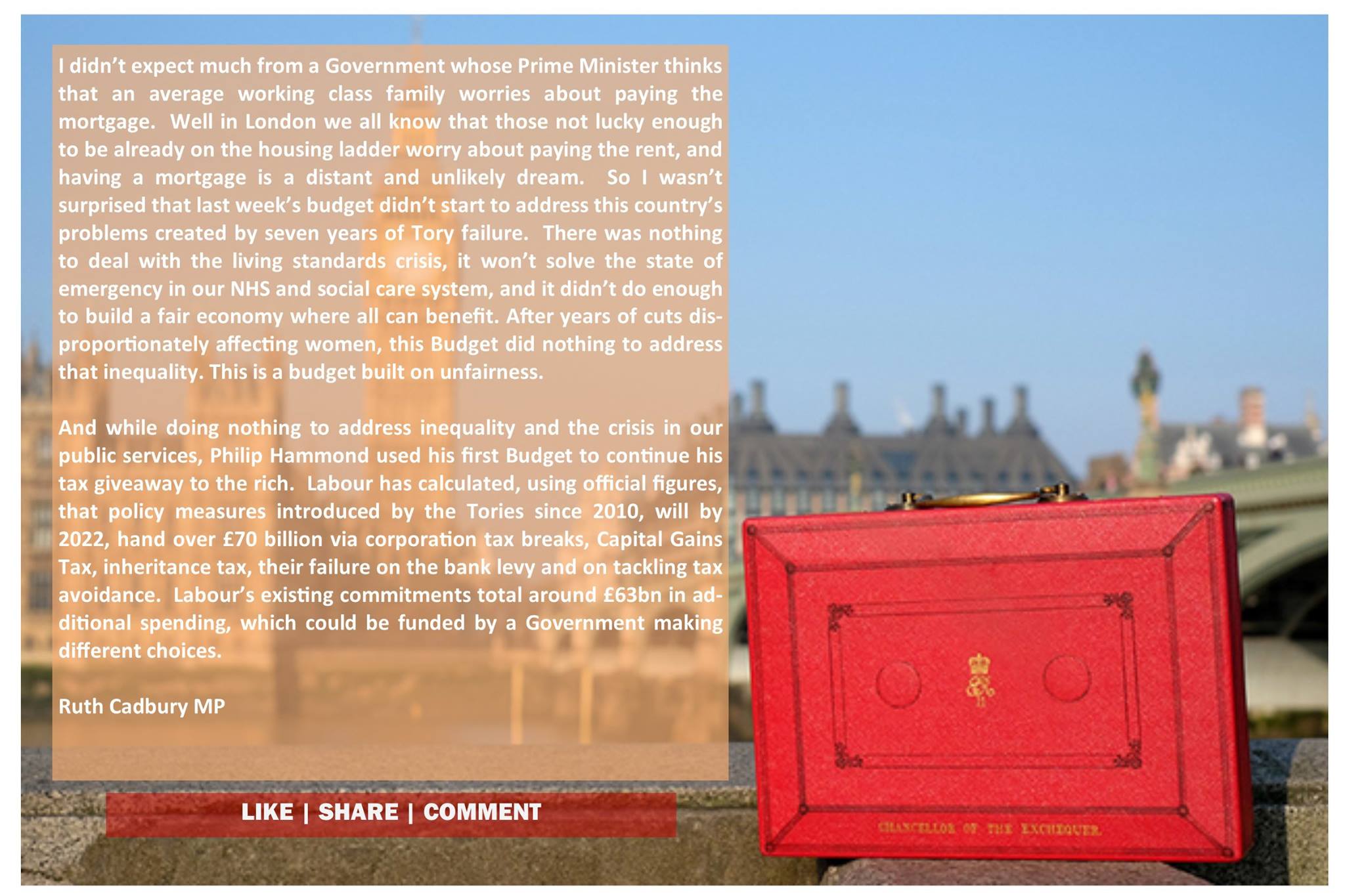 My response to Spring Budget 2017

I didn’t expect much from a Government whose Prime Minister thinks that an average working class family worries about paying the mortgage. Well in London we all know that those not lucky enough to be already on the housing ladder worry about paying the rent, and having a mortgage is a distant and unlikely dream. So I wasn’t surprised that last week’s budget didn’t start to address this country’s problems created by seven years of Tory failure.

There was nothing to deal with the living standards crisis, it won’t solve the state of emergency in our NHS and social care system, and it didn’t do enough to build a fair economy where all can benefit. After years of cuts disproportionately affecting women, this Budget did nothing to address that inequality. This is a budget built on unfairness.

And while doing nothing to address inequality and the crisis in our public services, Philip Hammond used his first Budget to continue his tax giveaway to the rich. Labour has calculated, using official figures, that policy measures introduced by the Tories since 2010, will by 2022, hand over £70 billion via corporation tax breaks, Capital Gains Tax, inheritance tax, their failure on the bank levy and on tackling tax avoidance. Labour’s existing commitments total around £63bn in additional spending, which could be funded by a Government making different choices.