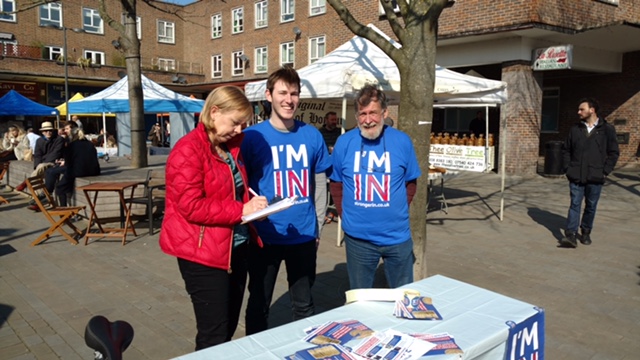 Speaking in the House of Commons on Wednesday night, Ruth Cadbury MP called Theresa May’s Brexit Deal a ‘pile of vagueness’ and vowed to vote against the Prime Minister’s deal.

Ruth said that what was promised in 2016 by the Leave campaign ‘cannot be delivered’, whilst also arguing that the PM’s Deal is ‘much, much worse than the deal we already have by remaining in the EU’.

Ruth reaffirmed her commitment to a People’s Vote on the final deal, as the only way to end the gridlock in Parliament, and to ensure that people could make an assessment now that they know the full facts about the implications of leaving the EU.

Speaking after the debate Ruth Cadbury said ‘‘The Deal the Prime Minister has presented is a much worse deal than our existing membership of the EU. We will lose hard-won rights at work and as consumers, and key environmental standards.

Ruth mentioned in her speech the impact leaving will have on the many thousands of EU citizens in my constituency who work in many different roles. “Earlier in the day Annette from Chiswick had told me how angry she was on hearing the Prime Minister referring to EU nationals who have been living and working here for many years as ‘queue jumpers’. The ending of Freedom of Movement not only affects them but the future plans of UK nationals who will lose the automatic right to work and live in 27 other EU countries, something that matters particularly to young people who voted so strongly to remain.”

“The UK will lose our influence in Europe, not only at the Commission and European Parliament, but the many agencies that have made life better for all of us such as the European Medicines Agency and the Aviation Safety Agency. And we’ll lose the close economic partnership that has helped key sectors of our economy, such as broadcasting.

This deal will be deeply damaging to my constituents, As I’ve said before I will be voting against this deal, and I fully support a people’s vote to let the public decide, now they have all the information.’’