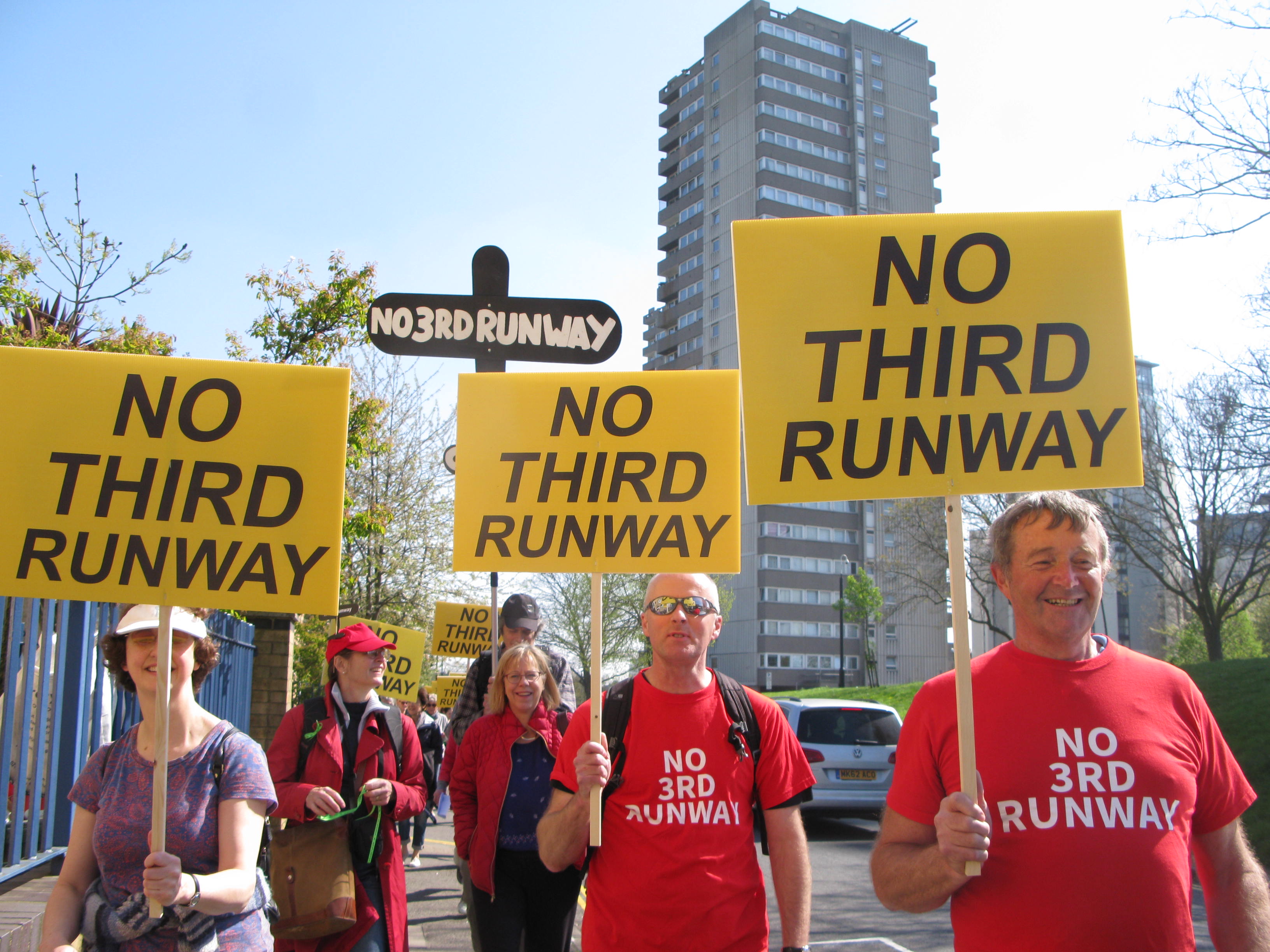 Ruth Cadbury MP claims Runway 3 will mean almost 50% more flights and will affect everyone in the borough.  She is urging residents to attend the Government consultation event at Hounslow Civic Centre on Monday (27th Feb 11am - 8pm).

"The 3rd Runway approach will go over the parts of Brentford Chiswick and Isleworth not currently overflown and will mean less respite for those under the existing flight paths" said Ruth this week.  "Furthermore it will mean more traffic as our roads will have to cope with 50% more freight and flight servicing traffic, even if more passengers and staff arrive by rail or bike as the Government are suggesting".

"I hope that borough residents will take the opportunity to attend the consultation, ask questions and submit their comments." She added "I'm pleased a new resident's campaign group Brentford and Hounslow Stop Heathrow Expansion has been set up and I urge local people to join them."

Brentford resident Dave Waller has helped to set up the new campaign group said "My partner is suffering severe asthma because of the level of air pollution in the area. If the third runway goes ahead, it is sure to get worse and we will be forced to move out of the area. Our lives will also be blighted by an increase in noise caused by the new flightpath, which will cut across Brentford. I urge everyone who is concerned about the health impact of these plans to join the Brentford and Hounslow Stop Heathrow Expansion campaign and fight these environmentally destructive proposals."

Ruth and Dave have explained what the Government consultation doesn't explain but that residents should question:

• How many more flights will there be? (it has been stated a quarter of a million more planes a year will use Heathrow - an increase of almost 50%)

• Where will the new flight paths go? (it's not impossible to work out that the approach path will be over the north side of Chiswick, then Brentford and Osterley, but so why won't the DfT say that?)

• Who will pay for the new roads and railways needed for the 3rd runway which could cost the taxpayer £5 - £15 billion?

• What the health impacts will be due to additional noise and pollution and how will these be addressed?

• What the additional safety risk is of a plane catastrophe is with a third runway? - and what the ground-based impact would be compared with the much less heavily populated Gatwick area?

• Will there be independent scrutiny of how the airport operates, in terms of noise, insulation schemes and air pollution?

• What the climate change emissions would be and how that would affect the UK's carbon emissions targets.

Residents who can't attend on Monday can attend the Isleworth Public Hall event on Wednesday 15th March or find the Government's Airports National Policy Statement and the link to the on-line consultation web-site here: https://www.gov.uk/government/publications/draft-airports-national-policy-statement

The Government leaflet delivered to local residents can be seen here: http://aircraftnoiselightwater.co.uk/PDF/Govt/DfT-expansion-consultation-leaflet.pdf

How to get to Hounslow Civic Centre: (Post-code etc)

There is a limited amount of parking there, but it's near Hounslow Central tube station and plenty of buses.