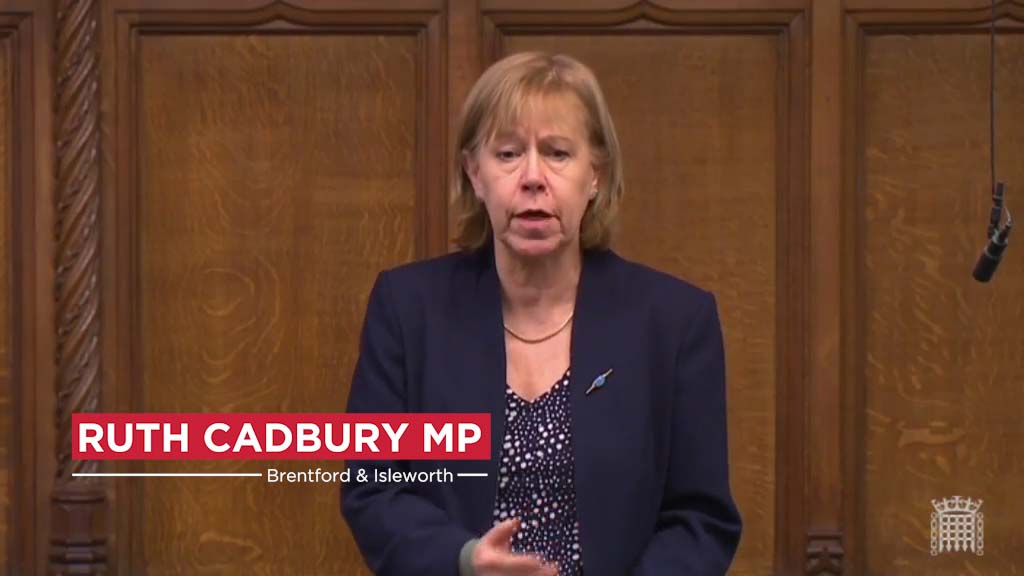 On Monday Ruth Cadbury MP questioned Willie Walsh- the CEO of International Airlines Group the parent company of British Airways. In her questions Ruth asked Willie Walsh for his view on the bailout conditions offered to airlines by other countries such as a Government stake, protecting staff, and climate change. Ruth also raised serious concerns over the proposed changes to the terms and conditions of British Airways staff.

The Select Committee session also saw MPs raise a number of other issues including the outsourcing of jobs, refunds for customers and the process of the consultation for BA employees.

''With so many local residents impacted by the proposed job losses at British Airways I was pleased to be able to question Mr Walsh directly at Transport Select Committee. I know from those who've contacted me how rightly worried and anxious they are.

I was extremely disappointed by Mr Walsh's answers. He appears to have little concern about the huge impact that these job losses and the changes to pay and conditions will have on local residents in Hounslow and people across the UK.

What makes them particularly angry is how the company has repaid their commitment to the company whilst it has made massive profits for its shareholders. Why can't they protect the staff of British Airways as they have protected those of Iberia and Vueling in Spain?

It's clear that British Airways need to work together with the Government and with Trade Unions to reach a deal that protects local jobs.

I will keep raising the impact that these job losses will have locally, along with the wider economic impact facing both Heathrow Airport and our wider aviation sector.''