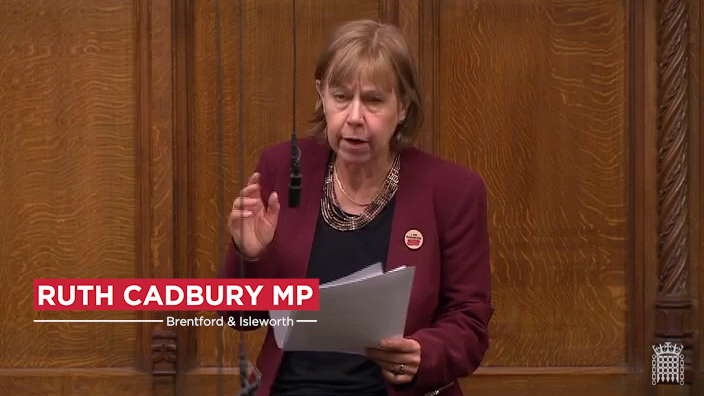 After the Chancellor of the Exchequer Rishi Sunak announced his budget Ruth Cadbury MP has welcomed the 'much needed' action to tackle the economic impact of the Coronavirus (COVID-19) but has criticised the Government over both the continued shortfall in funding for local authorities, along with the lack of action on key issues such as social care and the climate crisis.

Speaking after the Budget Ruth said,

''This budget was an opportunity for the Government to address both the economic challenges posed by Coronavirus and the long-term challenges in both our economy and society.

I'm pleased the Chancellor set out a number of measures such as extra funding for our NHS, support for small businesses and the roll out of sick pay and other benefits for those who have to take time off work- including those who are self-employed.

However, I was greatly disappointed that the Budget failed to address the continued shortfall in funding for our local authorities such as Hounslow- who've already lost over £140 million in funding over the last 10 years.

On top of that the budget ignored the big issues facing our country in the long term; such as climate change and the future of social care.

The Chancellor promised billions in funding for new roads but offered nothing of any substance to support green energy. We cannot continue with a business as usual approach to our planet.

On top of that this budget saw little to no action on social care. This is an issue that the Government have continued to talk and talk about- but once again we see no action.

I look forward to delivering my speech on the Budget next week where I'll be talking in more detail about the impact this budget will have locally and on our economy as a whole.''