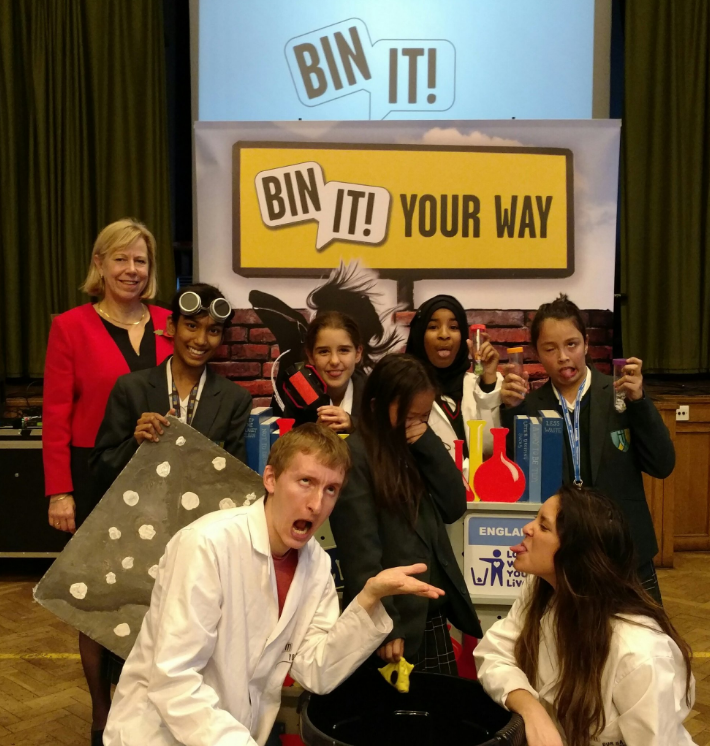 On Friday (11th November 2016) local Member of Parliament, Ruth Cadbury, attended the 'Bit It' workshop at the Green School in Isleworth.

Ruth said, "I had tremendous fun addressing the issue of littering this week. There'll be clean streets and parks in Hounslow now. Great initiative!"

Further information regarding the 'Bit It' campaign could be found below:

Bin it! is an award winning drama-based education programme which aims to educate students about responsibility and litter, encouraging young people to make a lasting change to their local communities and environment.

Developed by Wrigley in partnership with specialist education consultancy Rapport, Bin it! is targeted at 11-13 year olds and is designed to explore the issues and impact of littering, helping students to understand why it is so important to take personal responsibility for correct litter disposal.

Wrigley has now also launched Bin It!’s first tailor-made teaching resource, designed specifically to encourage primary children to dispose of litter responsibly. The materials include a musical film (Bin it beats) and lyric sheet for pupils to sing along, as well as three lesson plans – complete with teaching notes and accompanying activity sheets.