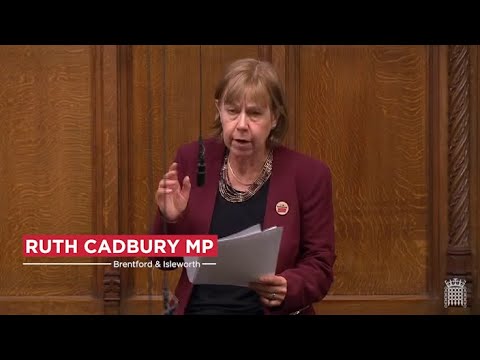 Ruth criticises PM at PMQs for his Government’s incompetence

In Prime Ministers Questions today Ruth Cadbury MP has hit out at the Prime Minister Boris Johnson after a succession of U-turns from the Government over the summer.

In her question Ruth citied the specific examples of the 12 U turns made under the PM; including on the use of masks, the A-Level Results fiasco and the abandonment of the NHS contacting tracing app.

‘‘We’ve had a summer of incompetence as this Government have u-turned on issue after issue.

Whether it was on schooling or mask-wearing, we’ve seen 12 U-turns since March & this number is still continuing to rise.

These U-turns happened because the Prime Minister and his cabinet ministers were simply not on top of the details and had not listened to experts or outside groups.

These U-turns have also caused a great deal of distress and uncertainty for many of my constituents. I had dozens of distraught young people and parents contact me after the A-Level results were downgraded- something the Government was warned would happen 2 weeks before results-day.

Worst of all, it’s clear that after these successive mistakes, the Prime Minister and his Government refuse to take any responsibility and seek to blame civil servants.

The incompetence of this Government is having a huge impact on our recovery from the coronavirus and it’s clear that the Government need to fix their act urgently.’’