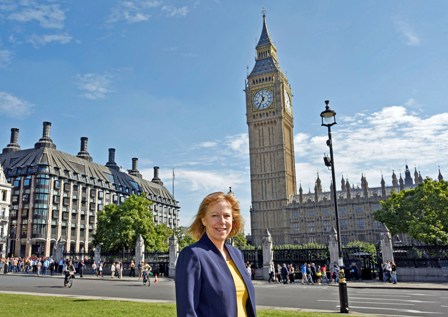 Speaking during a debate on the Trade Bill on Monday Ruth Cadbury called on the Government to allow MPs to scrutinise the trade deals that the UK negotiates once it leaves the EU.

Citing the impact that these trade deals would have on our economy, public services and the environment Ruth called on MPs to ‘have a say, with full accountability’ over these deals.

Ruth also highlighted two examples of where oversight was needed. The first was the possible lowering of vehicle safety standards in the event of a US-UK trade deal, as vehicle standards in the US are lower with features such as bull bars being allowed.  The second was on the risk that environmental protections get swept away under ‘Investor-State Dispute Settlements’ which allow private companies to sue governments.

‘‘I know from the hundreds of constituents who’ve contacted me about this issue how worried local residents are that we won’t have enough scrutiny of future trade deals.

Without full accountability we could see trade deals being used to sell off chunks of our NHS, sweep away environmental protections and lower food standards. As we leave the EU I remain extremely worried that the Government will chase after trade deals without any concern for the negative impact they will have.

I made clear in my speech that the Government should allow MPs, as elected representatives, to provide full scrutiny of all trade deals. Other countries like Germany, New Zealand and the US allow for this- so why can’t the UK?

After the Government rejected amendments that would have allowed for this full scrutiny , I voted against the Trade Bill.  I will continue to raise the importance of oversight over future trade deals and will keep standing up on this important issue.’’