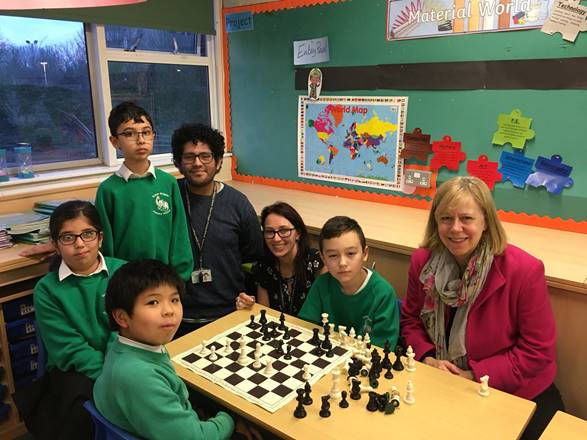 Ruth visited William Hogarth Primary, Cavendish Primary and Green Dragon Primary to talk to children about her role as MP for Brentford and Isleworth and how Parliament works. While talking to head teachers, teachers, governors and parents she listened to their concerns that the current level of funding which is causing real-term cuts.

Both Secondary and Primary Schools across the country are facing serious shortfalls in funding. Green Dragon Primary School experienced a 10% real term drop in grants for Reception to Year 6 from 2014-15 to 2017-18. In order to work within the budget for 2018-19 they have had to restructure, involving the loss of four posts.

“These totally unacceptable real-term cuts are clearly damaging schools and harming our children’s opportunities. My constituents are reporting increased class sizes, cuts to the curriculum and staff not being replaced.

It’s unfair to expect our schools and teachers to maintain our very high standards of education with an ever-decreasing budget. The discredited austerity philosophy of this government is failing to provide adequate funding for our children’s education.”
Governing body of Green Dragon Primary School said:

“We are a successful and inclusive primary school offering both academic success and a broad high quality curriculum to our very diverse pupil community. Our firm intention is to continue doing so –but there are clouds on the horizon. Along with all other schools, Green Dragon’s funding has been under pressure as a result of the “cash flat” school funding settlement for a number of years. This means, that the costs continue to rise to meet pay and other day to day costs but the budget pot remains the same year on year. As a consequences we have had to make significant cuts to our staffing team.”

“Like many governing bodies, we would urge the government to address this issue as a matter of urgency as the situation will only worsen affecting the education of pupils for years to come”

In 2017 Ruth Cadbury MP and Seema Malhotra MP put pressure on the Education Minister, Nick Gibb MP, demanding more for schools during a meeting in Parliament.