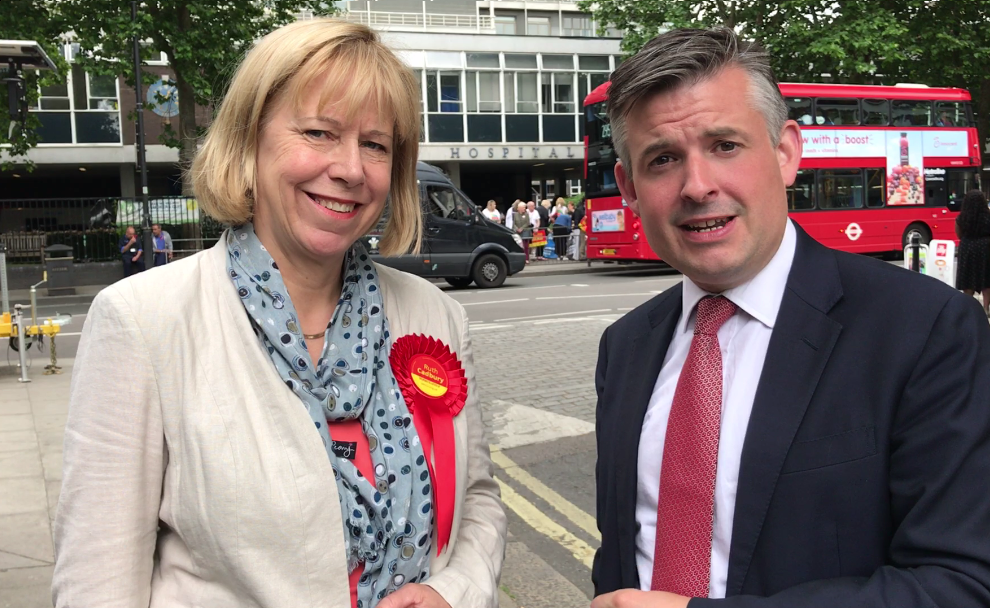 They met with campaigners from ‘Save our Hospitals’ outside Charing Cross Hospital in Hammersmith and discussed Labour’s manifesto commitment to halt all hospital closures.

Labour’s manifesto also includes a fully costed plan to give social care and the NHS the money it needs and put forward a long-term plan for the future of the NHS and social care system, restore NHS bursaries and lift the 1% pay cap which is holding NHS wages below inflation and causing a recruitment crisis.

Ruth Cadbury said; “In the seven years since the Tories came to power, all the improvements in waiting times achieved during the Labour government have now been reversed

“It can take up to four weeks to get a GP appointment locally, older people are being left stranded on hospital wards despite being well enough to go home because of Tory cuts to social care budgets.

“If the downgrading of A&E services at Charing Cross go ahead, the impact will not only affect people using Charing Cross, demand will be increased at St Marys in Paddington and at West Middlesex putting additional pressure on those hospitals too.

“Labour will invest £37bn in our NHS and take one million people off the waiting list by the end of this parliament, invest £8bn in social care and lay the foundations for a National Care Service to integrate health and social care  And will halt all proposed hospital closures”