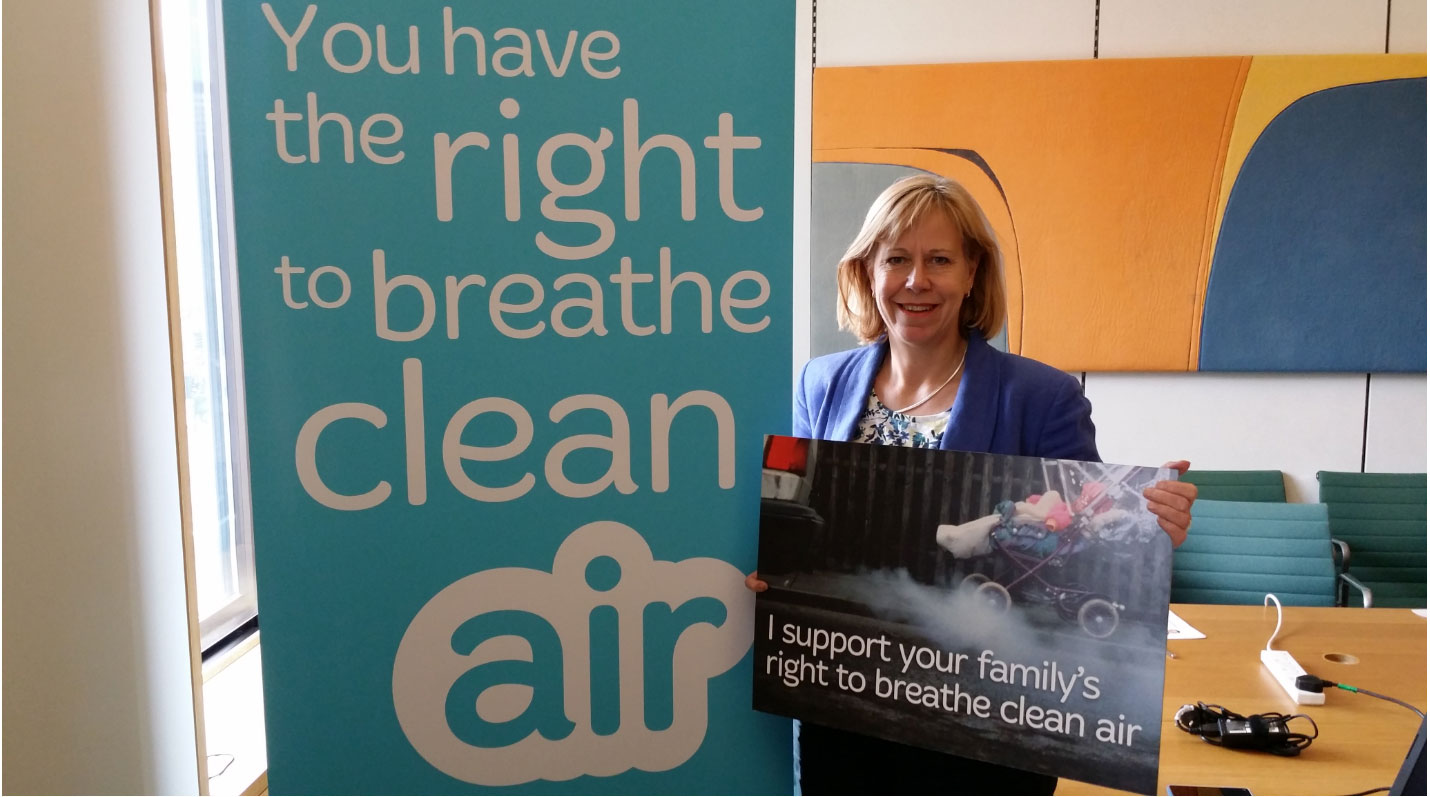 After reports in the news that air pollution levels were so high in Boston Manor Park in Brentford that people had been warned not to jog in the park, Ruth Cadbury MP has called on the Government to take urgent action to tackle the air pollution crisis that is engulfing London. Speaking after the news was announced Ruth said,

''This air pollution warning in Boston Manor Park should be a wakeup call for the Government. As someone who loves running it's terrible that the crisis has gotten so bad that we can't even exercise in our own parks.

I've been warning the government for years about the impact that air pollution is having on our communities. It kills 40,000 people prematurely each year, and we know it's extremely damaging for young people across the capital.

Whilst Sadiq Khan has taken great steps to tackle air pollution in London, such as introducing the Ultra-Low Emission Zone, which will cut pollution by 45%, it's clear we need national action from the Government.

Rather than offering the usual warm words, the Government can start by scrapping Heathrow's expansion whilst funding green transport links such as cycling infrastructure, and green vehicles.

If we fail to act we will keep seeing more and more stories like this.''